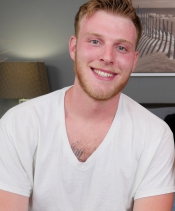 In his own words:

"I am here because I really need the money and I love to push my boundaries. "

"Benjamin is a very sexual guy that has a guy next door type of look. With his outlook on sex, we think he will be a great addition to the BSB family. "