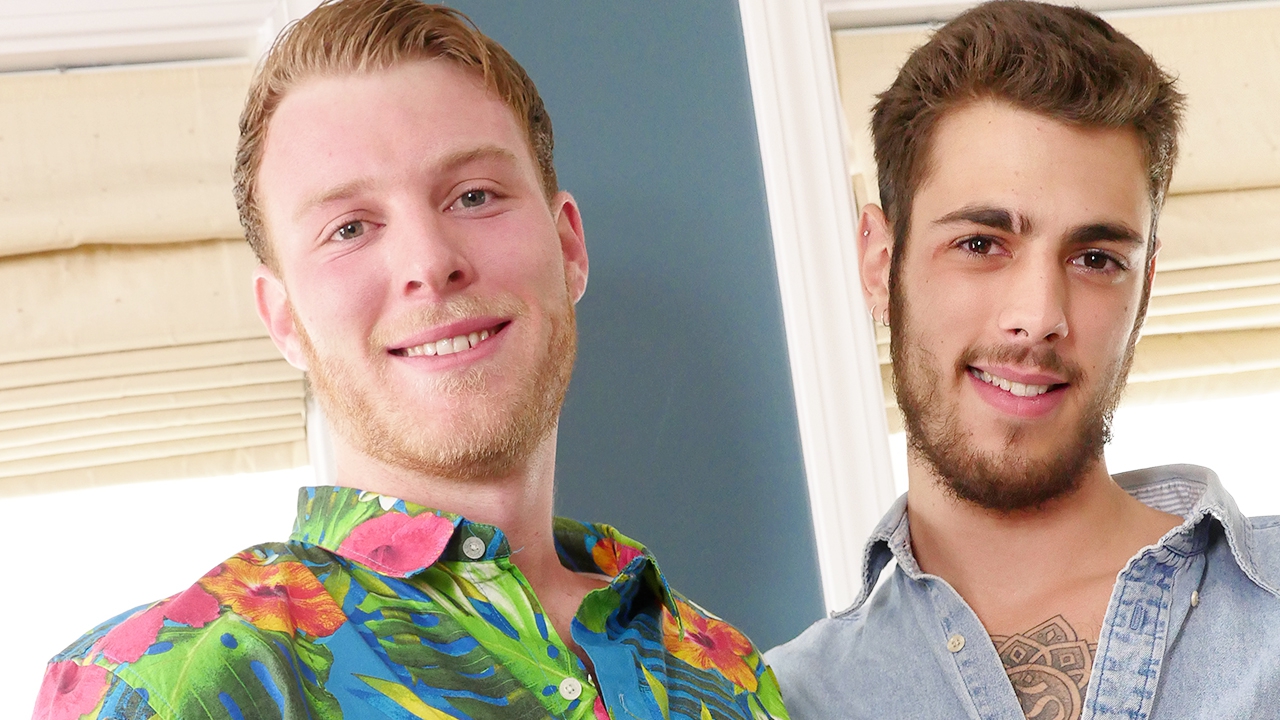 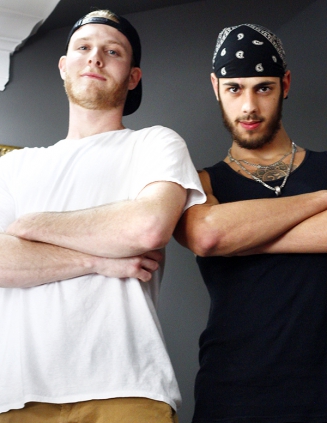 Benjamin Dover and Ari Nucci have had a chance to get to know each other during their stay at the house, but they’re about to get a lot closer as they move toward each other, locking lips and making out.  Ben kisses his way down Ari’s body until he reaches that big cock, freeing it from Ari’s pants and pulling it into his mouth as he sucks and slurps on that fat dick.  When Ari’s dick is good and hard Ben kneels over his mouth and puts his thick prick in it, face fucking Ari as he reaches around and fingers Ari’s tight hole, getting that ass warmed up so that when he gets up and stands behind him, he can slide his hard shaft deep into Ari’s hole.