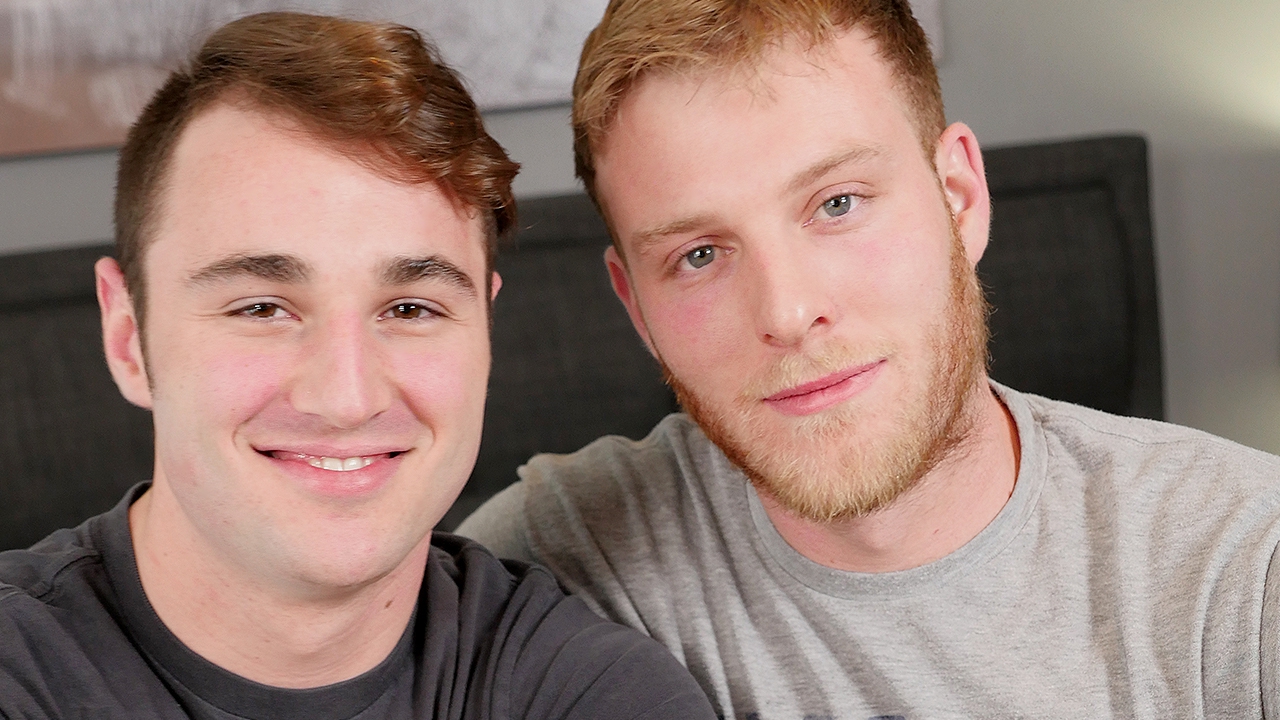 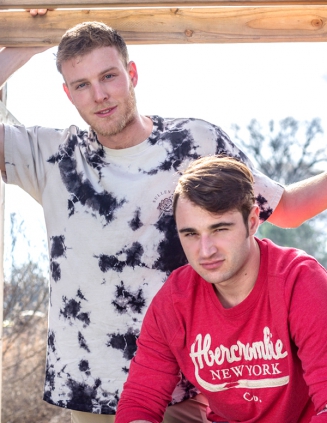 Benjamin Dover is in the studio today to help break in newbie Michael Boston, and although Michael got a pretty late start on sex, he’s ready to jump in and try some new things.  They get closer, making out as Ben undresses Michael until his pants are off and Michael’s cock is in Ben’s mouth, that dick sliding in and out of his lips as he breaks to suck on Michael’s balls.  Michael returns the favor, giving Ben some oral as Ben’s cock gets hard and thick on Michael’s tongue, and when they’re ready to fuck, Ben takes that hard shaft and lines it up with Michael’s hole.