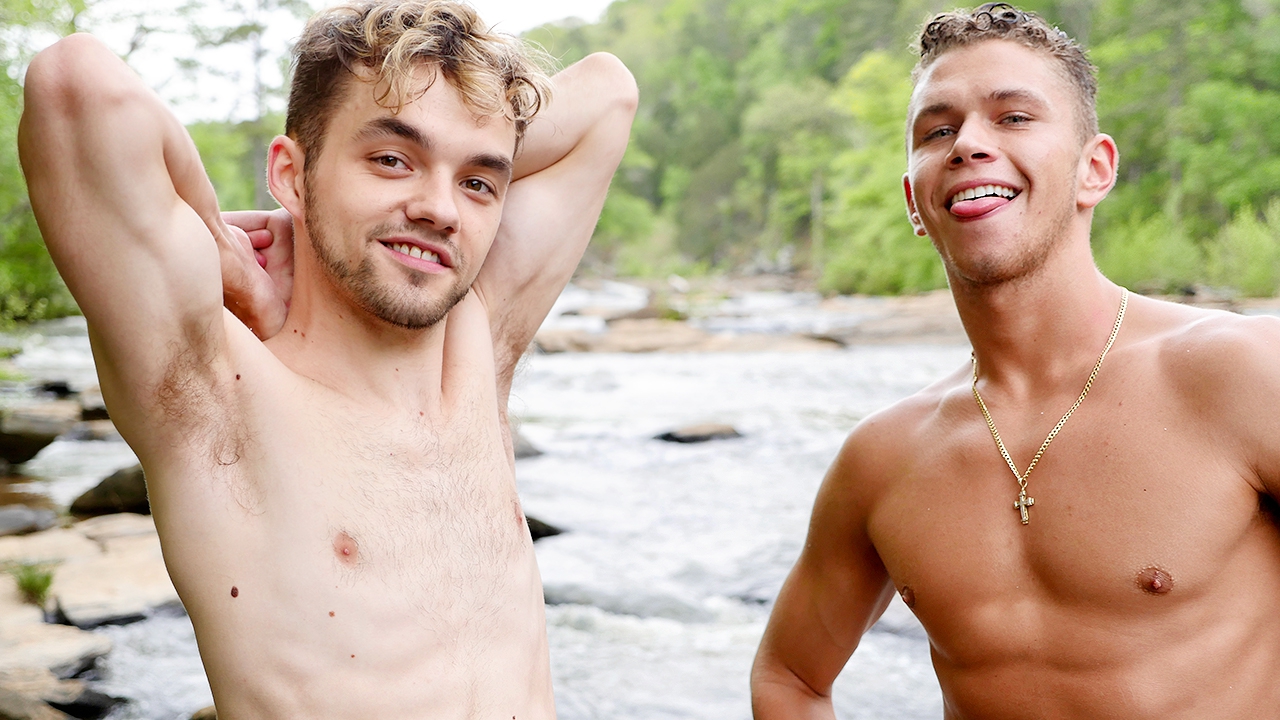 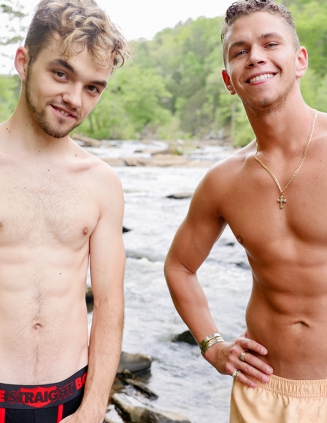 Tanner Valentino is back, this time to fuck sweet little Marcus Rivers!  They exchange a few quick kisses before Marcus gets cock hungry and goes down on Tanner, pulling that huge shaft into his mouth and trying to deepthroat it, but choking on it instead.  Pulling on Tanner’s balls while he sucks his dick, slapping his face with that massive prick, Marcus makes sure he takes good care of Tanner before bending over and offering him that tight hole.  Entering him slowly from behind as Marcus waits doggy style on the couch, Tanner pierces that ass with his giant cock, sheathing himself to the hilt in Marcus’s taught hole.