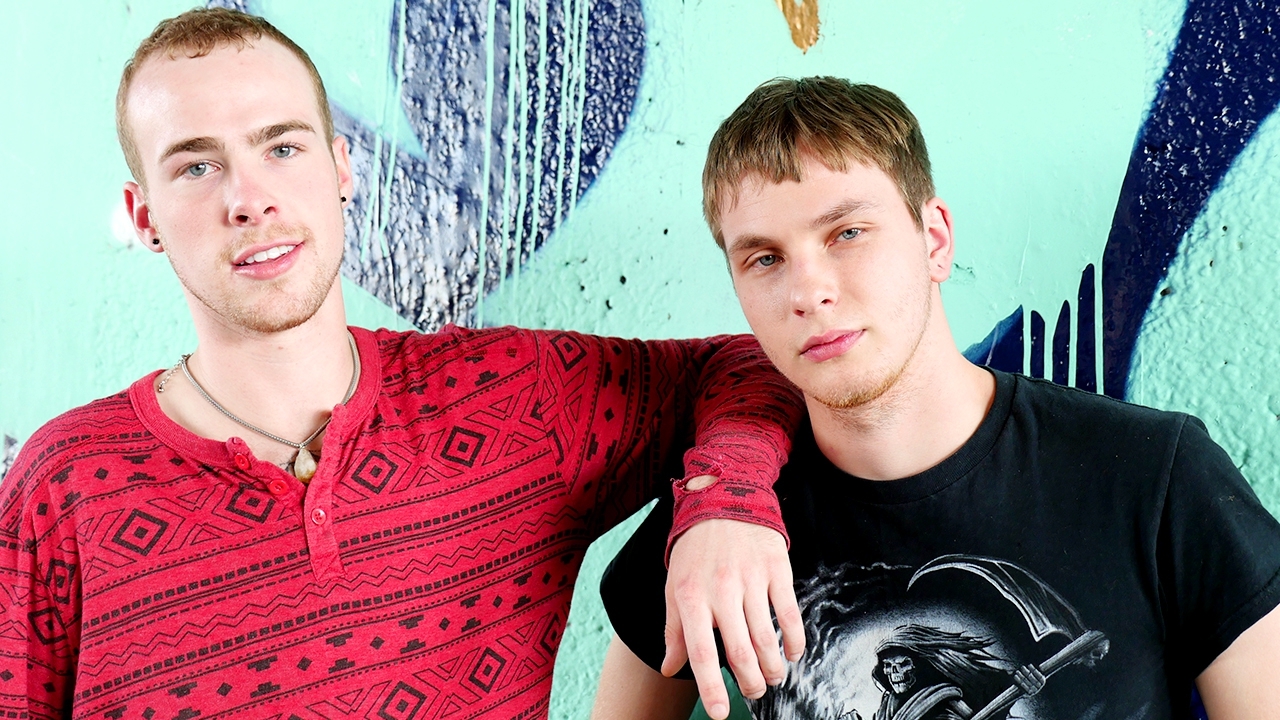 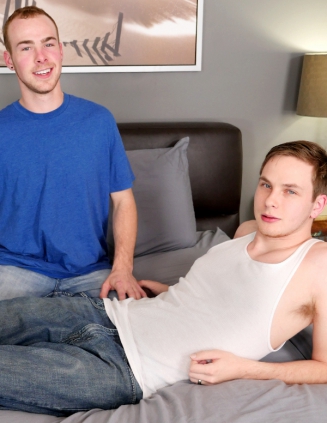 Rowan Adams and Kaden Porter have been getting to know each other while spending time at the house together, and this scene is about to bring them even closer!  They get things heated up with some intimate kisses, losing their clothes along the way as they make out and Kaden works his way down to Rowan’s cock, licking and sucking it through his boxers.