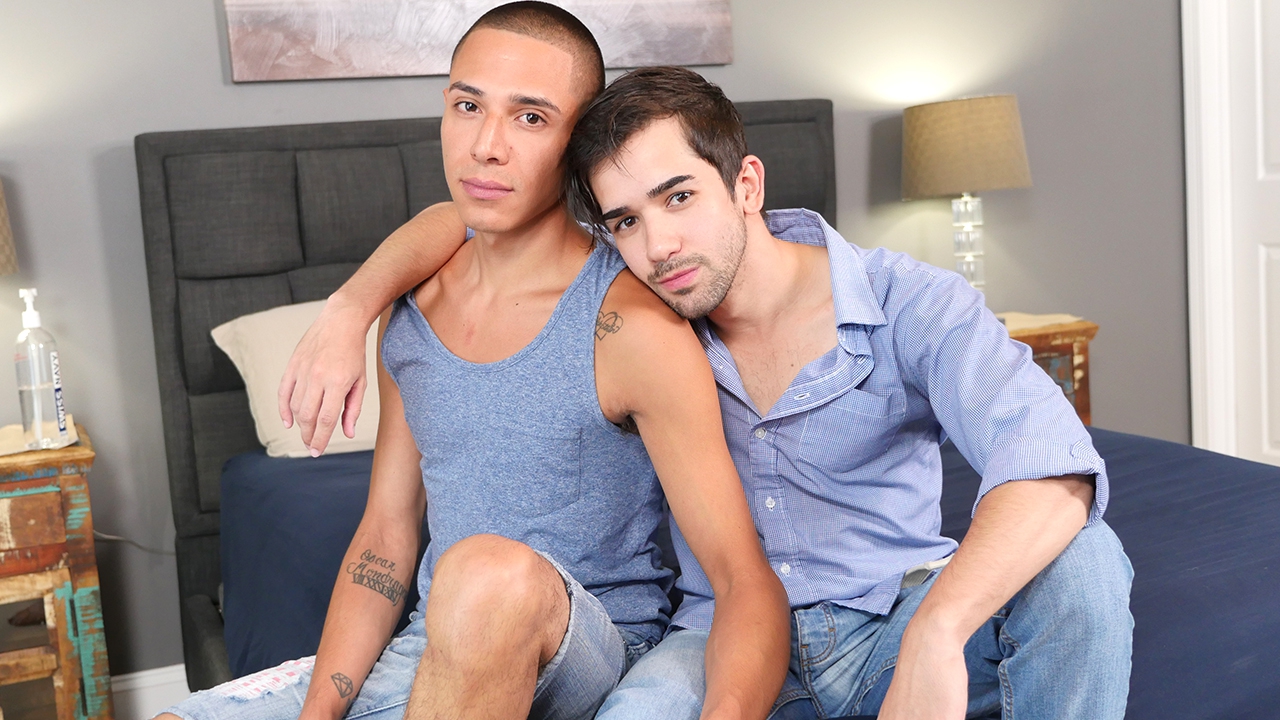 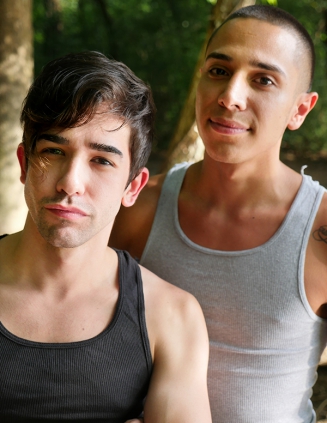 Jos Alvarez is back from a short hiatus, but he’s as ready as ever to get back to fucking for cash, and lucky Cory Parker is his partner today.  Kissing hard and making out, their tongues exploring one another, sucking each other’s nipples, these boys get all worked up.  When Jos frees Cory’s prick from his boxers he captures it between his soft lips and sucks it good and then sits back on the bed to let Cory do the same.  Sucking on that sweet dick and big balls, Cory works Jos’s member and then stands up and pulls him to the edge of the bed, lining his cock up with Jos’s hole and slowly pushing inside of him.

Jos moans, exhaling as Cory buries himself to the hilt in Jos’s ass and then slowly starts to thrust into him, picking up the pace and pounding Jos harder as his ass stretches to accommodate that big shaft.  Cory wraps his hands around Jos’s neck as he dominates that hole, but when it’s his turn to bottom he needs some extra time to let his ass adjust.  Jos takes it nice and slow, gently easing into him while soothing Cory and pushing deeper until finally he starts giving it to him harder, his hips thrusting against Cory as Cory reaches down to play with his own cock.  Jos flips Cory over so he’s on his back, legs spread and ready for that raw dick again as he takes every inch until he can’t take anymore and busts a nut, making Jos pull out and shoot his own cum across Cory as he squeezes every last drop out of his pulsing dick.

Comment on BrokeStraightBoys.com about Cory Parker And Jos Alvarez Flip