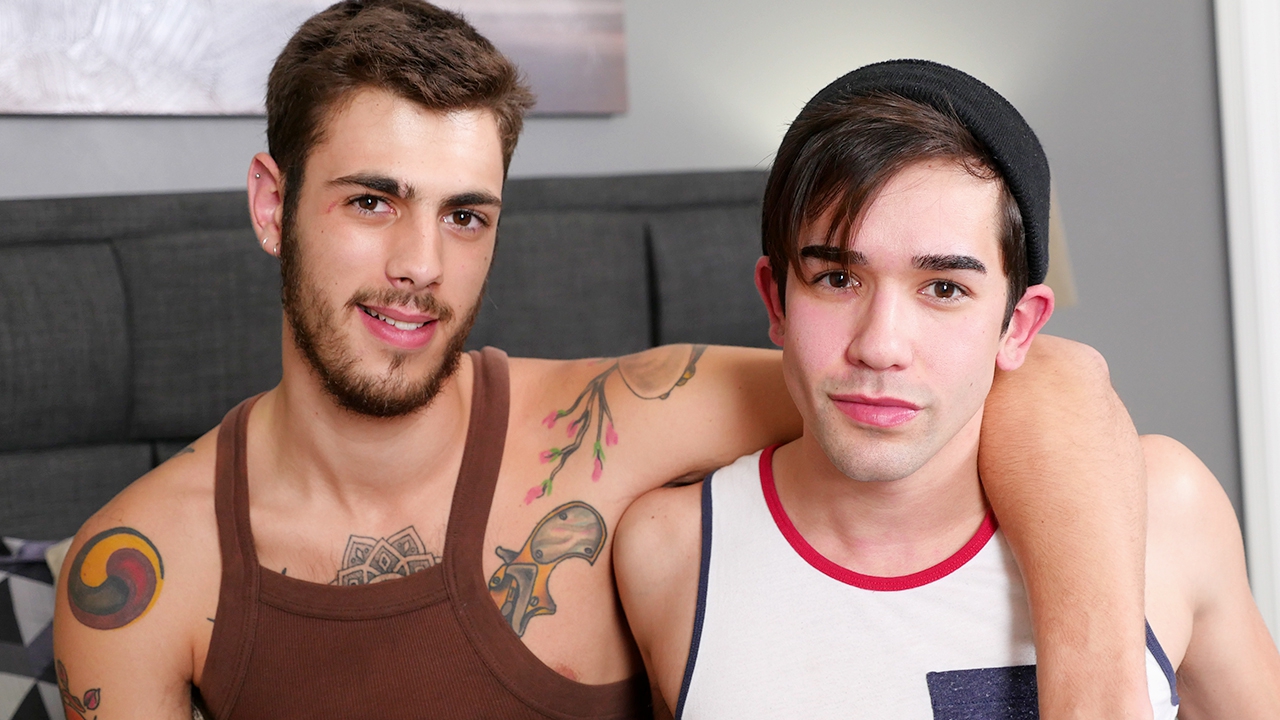 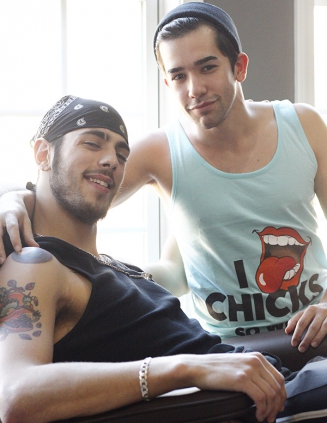 Ari Nucci and Jos Alvarez have a great chemistry together, so when they get started Ari goes right for the good stuff, pulling Jos’s pants down and sucking his cock, getting him harder by the minute.  Ari eases a finger into Jos’s ass while he works that dick with his mouth and then stands up to let Jos get a taste of his sweet cock.  Jos drools all over Ari’s huge fat prick, massaging it with his hand and mouth until Ari is rock hard and ready to fuck Jos’s tight ass.  He turns Jos around and inserts his member into Jos’s hole, fucking him hard as his balls slap against Jos’s taint.