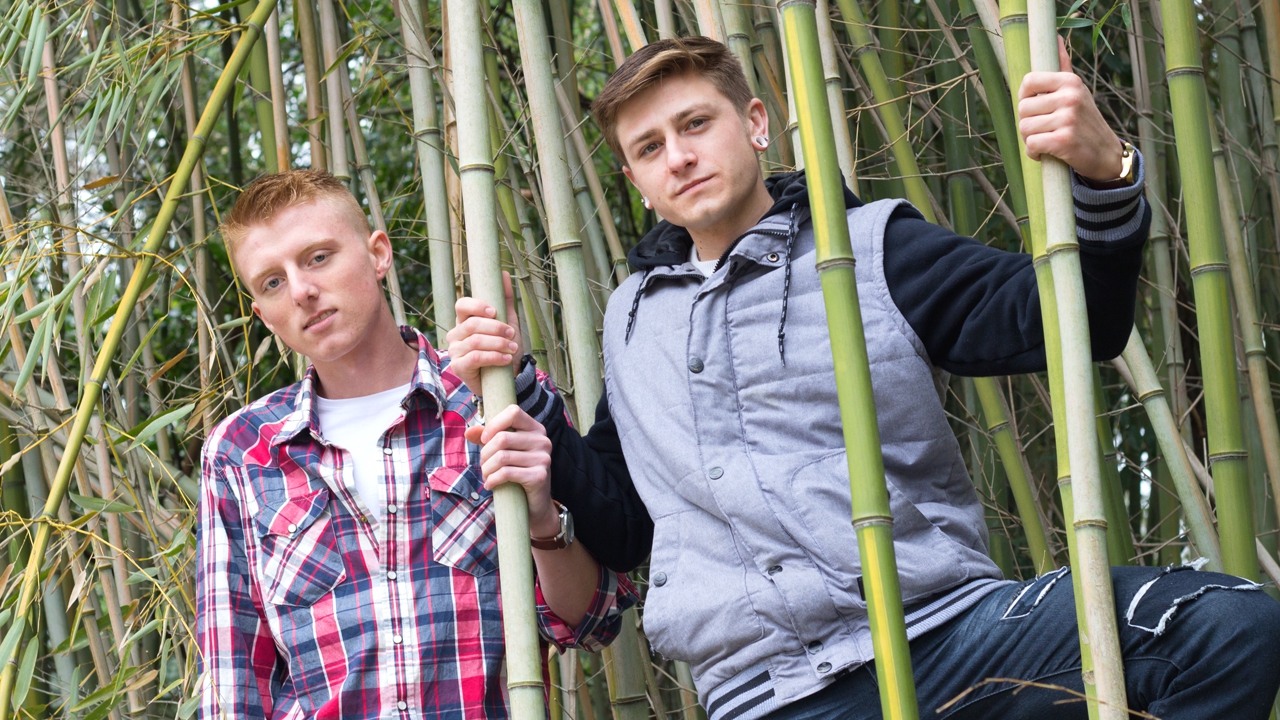 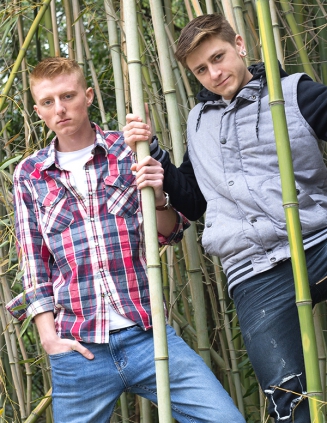 Landon Wells is back and looking sexier than ever, ready to help break in the new guy Richie West and ease his nerves.  Their kissing leads in to cock sucking as Richie drops to his knees in front of Landon and takes that dick in his mouth, slowly pulling it down his throat as he gives Landon head.  The oral that Landon gives back is a little different as he bends Richie against the wall and rims his sensitive hole, his tongue stroking against Richie’s sensitive entrance as he breaks to sucks Richie’s balls too.  Landon doesn’t neglect Richie’s cock either, turning him around to suck his cock before they climb onto the bed and Richie sits his tight little ass on Landon’s fat prick.

Richie can barely take Landon’s whole cock, but after a few tries, inch by inch, he impales himself fully on that big dick and grinds his hips against Landon’s, riding that cock while he strokes his own.  Landon wants it harder and faster so he gets Richie on his back, legs spread wide apart as Landon fucks him hard and raw, pounding that ass and making Richie moan as his ass get split apart by Landon’s hard shaft.  Richie gets a break as Landon pauses his vicious assault on that ass to fuck him nice and slow, making out as he’s buried inside Richie’s ass, and then pulling him to the edge of the bed to fuck him hard and deep.  Landon pulls out to bust across Richie’s face, covering him in cum, and then helps him reach his own orgasm, stroking out a huge load into Landon’s hungry mouth!