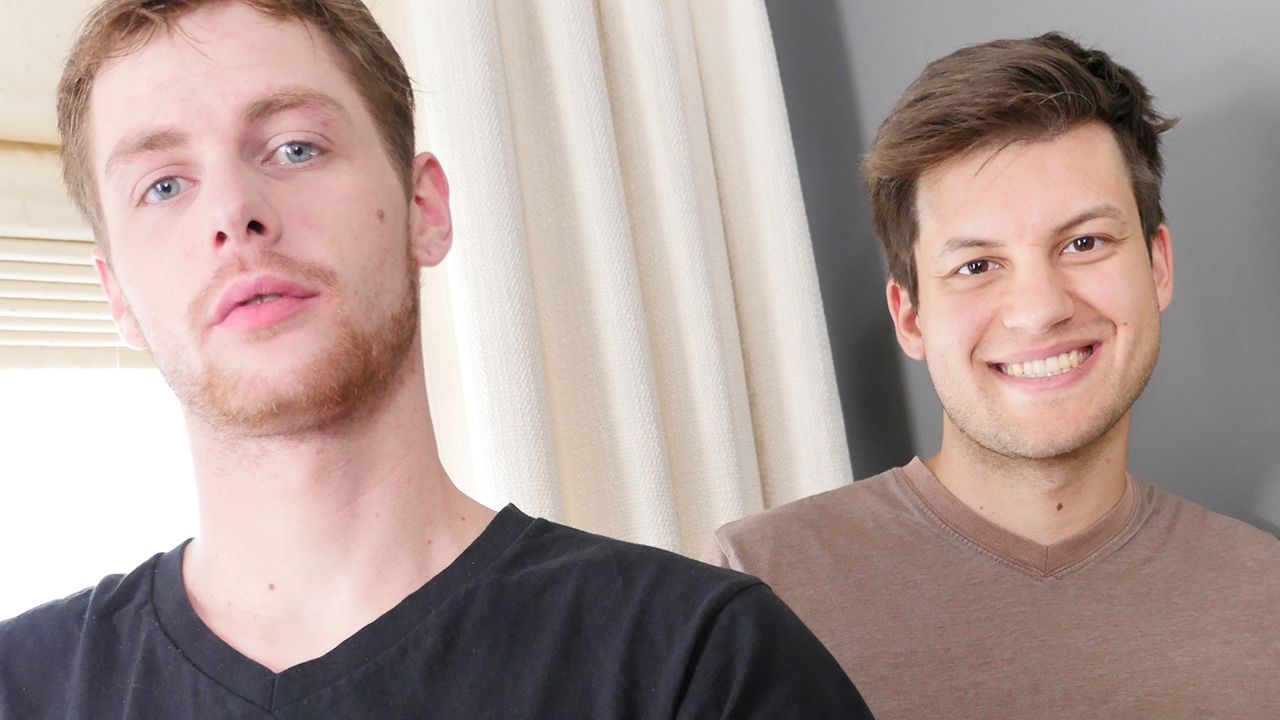 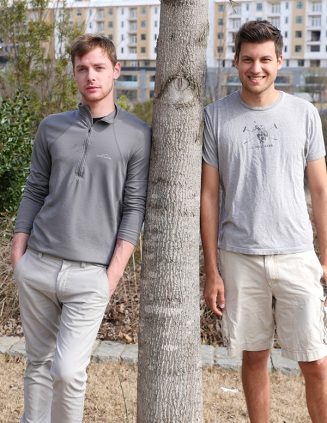 Charlie Maddoxx and Chris Taylor take their time kissing, getting to know each other’s mouth as they make out.  But when Charlie gets on his knees in front of Chris, Chris gets to see what that mouth can really do as Charlie wraps it around Chris’s cock and sucks him off.   Chris gets a taste of Charlie next, flicking his tongue against Charlie’s sensitive tip before taking the full length down his throat, getting him hard between his lips as he licks and sucks that sweet cock.  When both these studs are hard and ready to fuck, Chris kneels on the bed doggy style and Charlie fingers his hole before filling Chris with his dick instead.