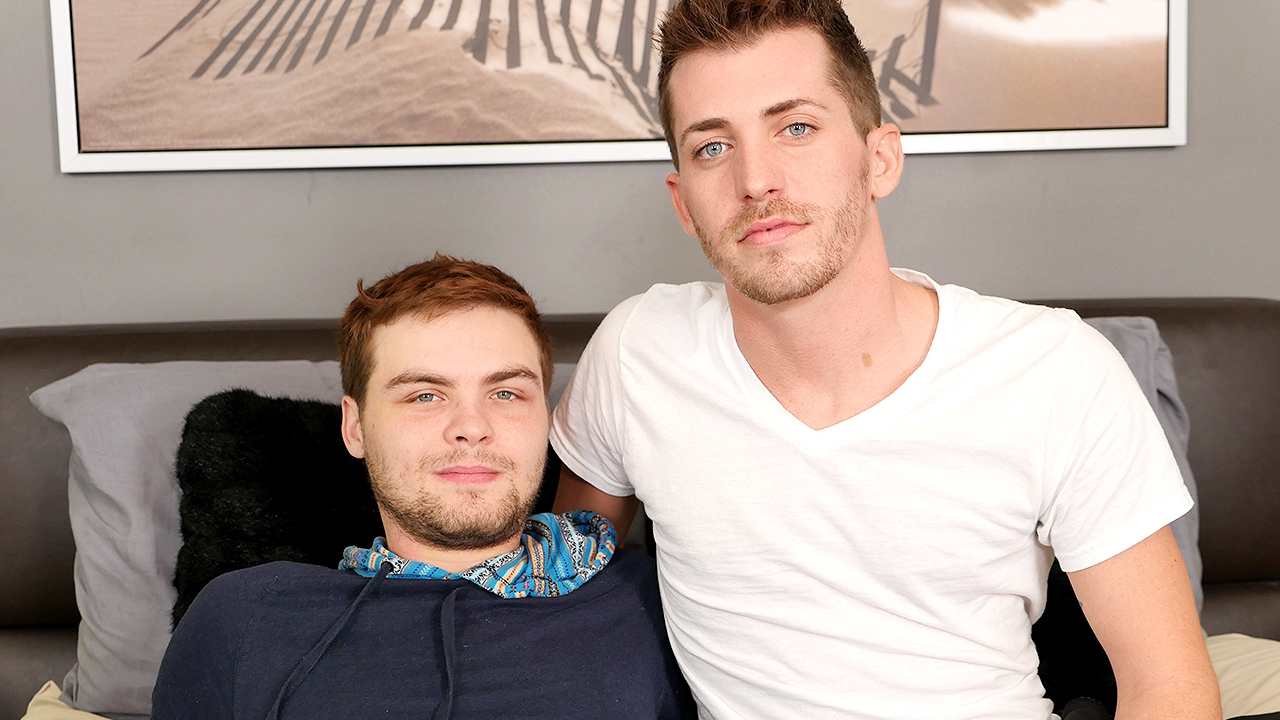 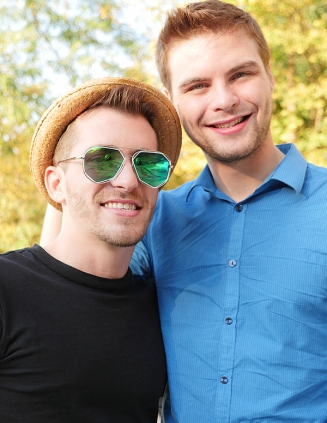 Shawn Andrews takes initiative with Ronan Kennedy, unzipping Ronan’s pants and freeing that huge cock as he wraps his soft lips around it and sucks it until it’s hard.  After Shawn chokes on Ronan’s massive prick, he strokes it with his hand and makes that big dick even bigger before straddling Ronan and slowly easing that thick member into his tight ass.  Shawn can barely take Ronan’s whole cock, but once he lets his ass stretch around Ronan’s girth he bounces his ass up and down, riding that dick and moaning as his ass gets more sore by the second!