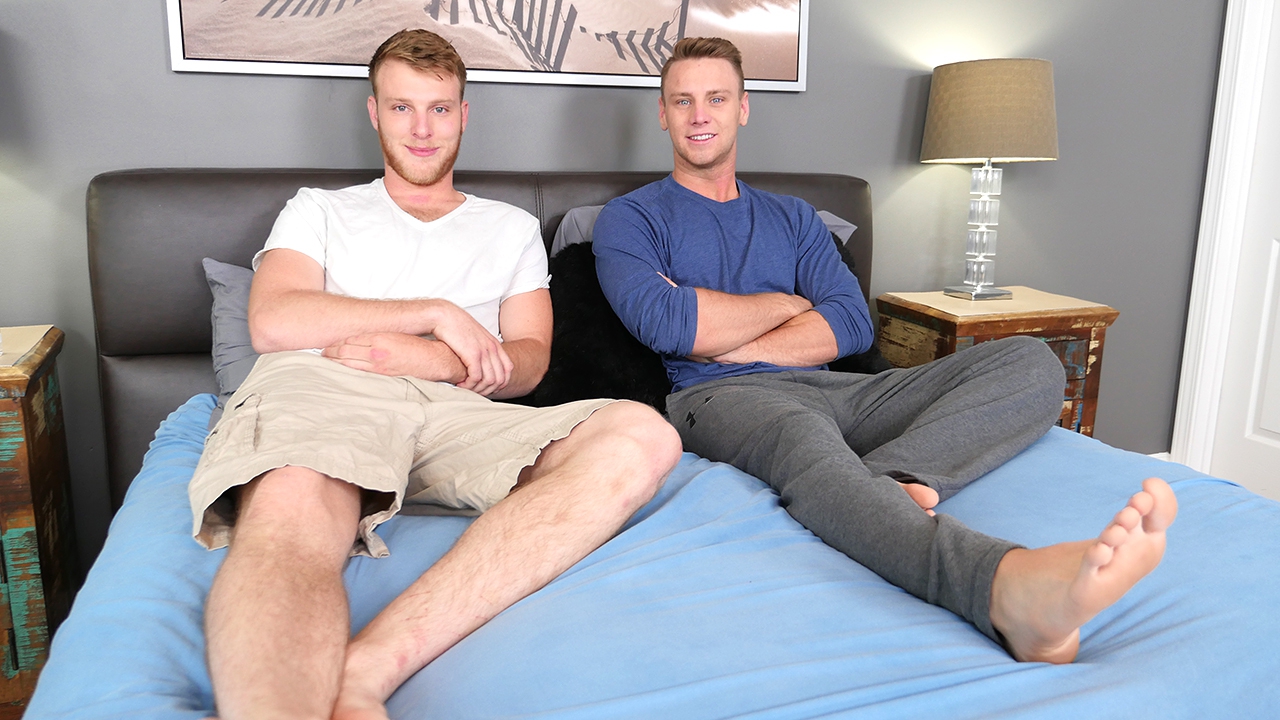 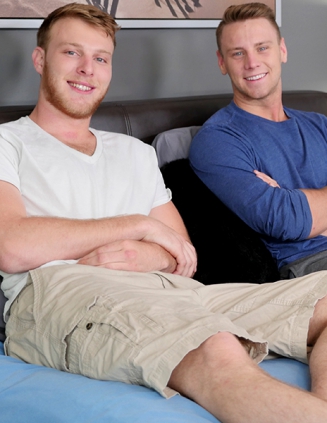 Benjamin Dover is putting himself out there in this scene, volunteering to get fucked by Brandon Evans if it means some extra cash! Of course Brandon doesn’t mind getting to stick his cock in a nice tight ass, so he gets Benjamin started by massaging his dick through Benjamin’s boxers, pulling it out and running his wet tongue up and down his long shaft.

Benjamin grabs Brandon’s ass while he gets his dick sucked and deepthroated by Brandon, but when Brandon wants some head he gets in position and 69s with Benjamin. While Benjamin is giving Brandon oral he’s getting his asshole fingered by Brandon, getting his entrance prepped for what’s about to come as Brandon gets up and gets Benjamin into position.