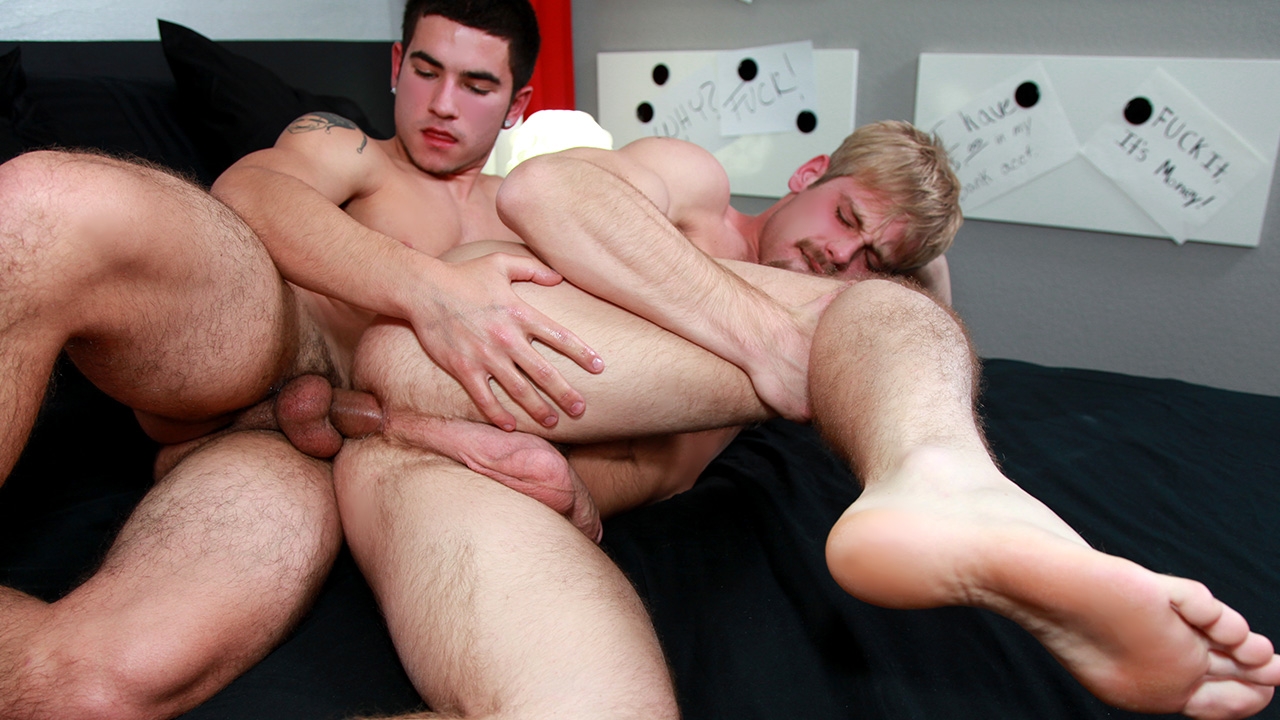 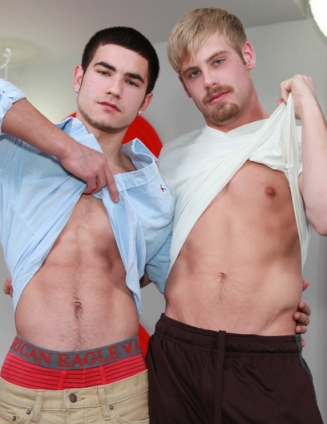 Once the models are naked, they instantly turn around to compare backsides "Why am I bottoming for you," Tate wonders as he grabs some of Vadim's booty flesh. That, Tate is a great question! Anyone have an answer? LOL! The studs start by making out. This causes their rods to stiffen. Vadim kisses his way to Tate's tool and carefully puts it in his mouth. The newbie takes his time sucking the sausage, even spends a few seconds on the pink head. "Is that good," Vadim asks. "Damn," Tate replies. Vadim looks up when he sucks, which makes half of North America cream! Those eyes are irresistible.

Tate brings him up, plants a kiss on those newbie lips, and pushes Vadim to the bed. Tate, a boy with a silvery tongue boy, laps at Vadim's dick. He swallows it all, all the way to those cum filled nuts. "That's so good," Vadim whispers. Time for someone to be busted. Tate gets on his side, with Vadim right behind him. The blonde bottom gives  Vadim a hand to steer his uncut pole into the hairy hole. Once there, Vadim starts to long stroke. To the balls. Vadim is a romantic little fucker. He leans over and nibbles on Tate's neck, ear, and shoulder. "Fuck me," Tate moans.